Founder of Style for Smiles & Co-founder of BF Hats

Dallas, TX, July 10, 2021 (GLOBE NEWSWIRE) -- Bryn Carden, a college student at Texas Christian University who has already begun her entrepreneurial career, is excited to bring to light and share the online publication of her Vizaca.com interview. As a young entrepreneur and student of the Neeley School of Business at TCU, Carden continues to hold onto her passion and motivation to make the world a better place.

In 2017, Carden exercised her desire to help others and founded Styles for Smiles which targets supporting the Smile Train Organization by selling bracelets. Carden’s bracelets that she designs have already brought in enough profit to fund sixteen children’s cleft palate repairs.

The Houston, Texas, native began her Styles for Smiles businesses when she was still in high school. She started her organization while she was Miss Kemah Teen USA.

“With the kindness of community members, I soon saw my bracelets on the arms of students and members of the community. It is an amazing feeling to connect with the stranger in Kroger as I explain that I am a young girl who started the foundation in which the bright blue bracelet they’re wearing support,” said Bryn Carden. 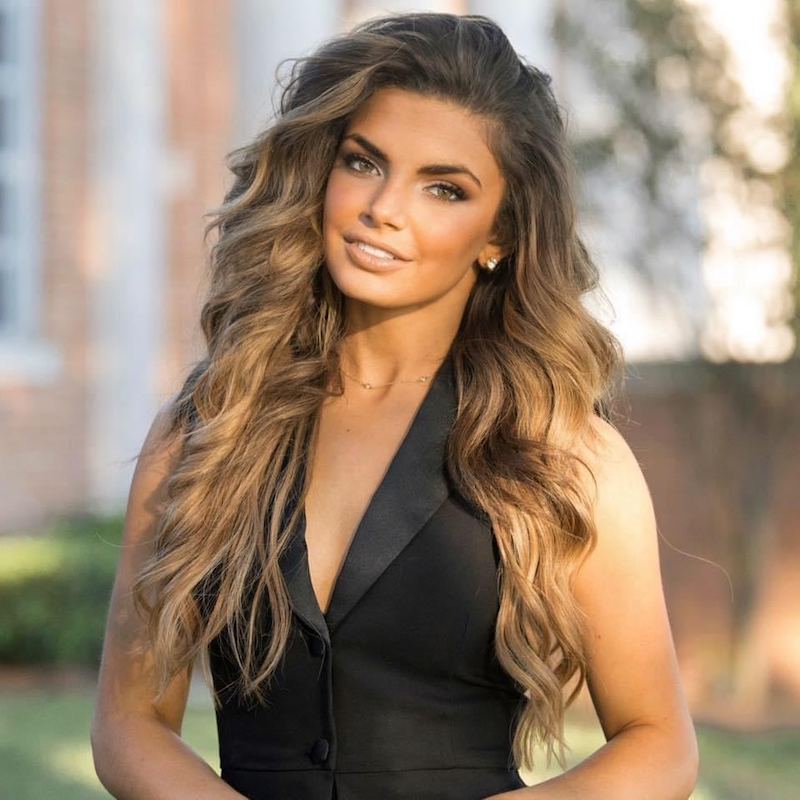 A few years later, in February of 2021, Carden put her entrepreneur skills again to the test and co-founded BF Hats along with her good friend Francesca. With her second design brand, Carden donates a portion of BF Hats profits to The Ronald McDonald House of Dallas. Similar to what she did with her first design brand, Styles for Smiles, Carden merged her love for others with fun style. She already has multiple new lines planned for BF Hats’ future that will launch later this year. Carden is also extremely enthusiastic about the company’s success and increased sales as Texas A&M Southern Darlings and her sorority at TCU, Delta Gamma, have already submitted large hat orders.

During her interview with Vizaca.com, Bryn Carden reveals what keeps her going and drives her through tough times. She always keeps three vision goal boards during all her chapters of life. Her three vision goal boards include a weekly board, an annual vision board, and a long-term board. Carden is a firm believer that your daily routine can be the secret to success, and her vision boards help keep her mind focused on the “bigger picture” for the week, for that year, and for her greater future as she moves through life. She says that a goal-oriented mindset makes life’s unpredictable struggles a little easier to handle.

To connect with Bryn Carden, visit her Instagram, @bryn_carden, or email her at bryncarden@aol.com.

Bryn Carden is a young entrepreneur and philanthropist with a passion for real estate and design. She is currently studying at Neeley School of Business, pursuing a major in Finance with a Real Estate Concentration. Besides working towards her degree, she has already begun her entrepreneurial journey as a co-founder of BF Hats and a creator of Styles for Smiles - a company selling bracelets to help fund cleft palate operations for children in developing countries.

We just sent you an email. Please click the link in the email to confirm your subscription!